FUTURUM Quality Gear is the fastest growing cycling wear brand in the Benelux. Since the introduction of the 4 SEASONS collection, the sale of high quality clothing, which has been sold exclusively through FuturumShop.nl and FUTURUM.cc - the biggest online cycling retail company in the Benelux - to this day, has grown enormously.

In addition to the 4 SEASONS collection, the PROFORMANCE Bib Shorts JONA and the seamless Base Layers are amongst the best-selling items. The high-end clothing brand has never concealed its ambitions. "We strive to the highest achievable and that's winning the Tour," says founder and CEO of FUTURUM Quality Gear Harmen van der Meulen. Thousands of cyclists in the Benelux followed the example of Maarten Tjallingii, ambassador from the very beginning and closely involved in product development. The partnership with Leopard Pro Cycling is the first step in the international cycling market. Van der Meulen: "We are convinced that cyclists in for example Scandinavia, Germany and the UK, will also be extremely enthusiastic about our product range." 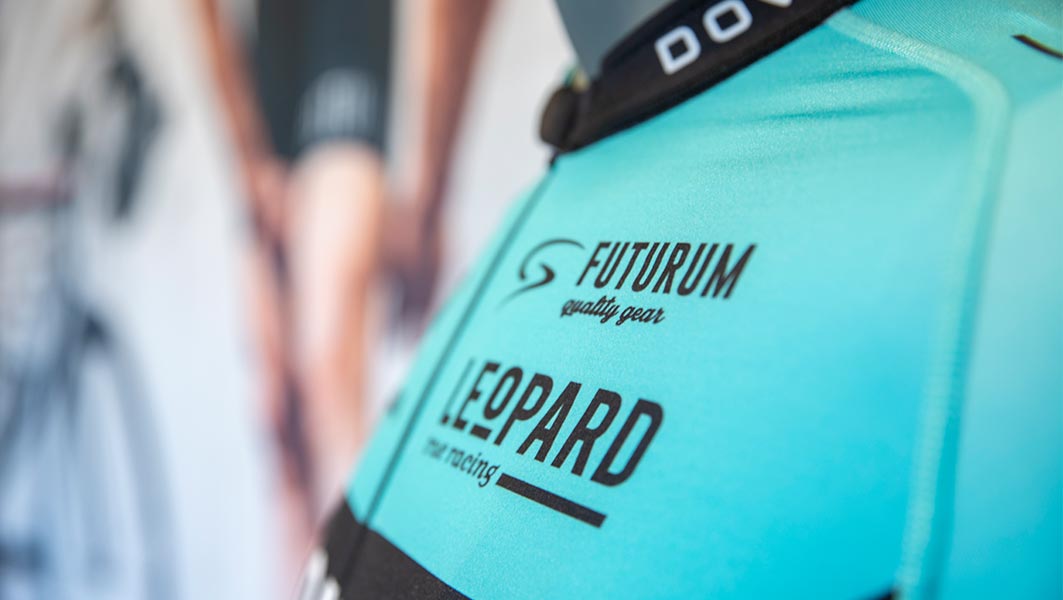 Development team with a rich history

Where FUTURUM Quality Gear is well on its way, Leopard Pro Cycling is already an established name in the cycling peloton. Between 2011 and 2013 the cycling team was known for the performances of amongst others the brothers Schleck and Fabian Cancellara. As part of the professional peloton the team took many victories in races such as the Tour de France, the Tour of Flanders and Paris-Roubaix. Since then Leopard Pro Cycling has been operating as a development team where young talent has the opportunity to prove themselves in the professional peloton. Because both FUTURUM Quality Gear and Leopard Pro Cycling are committed to development, nothing seems to stand in the way of a successful collaboration.